Rumor: The Elder Scrolls TV Series in Development at Netflix 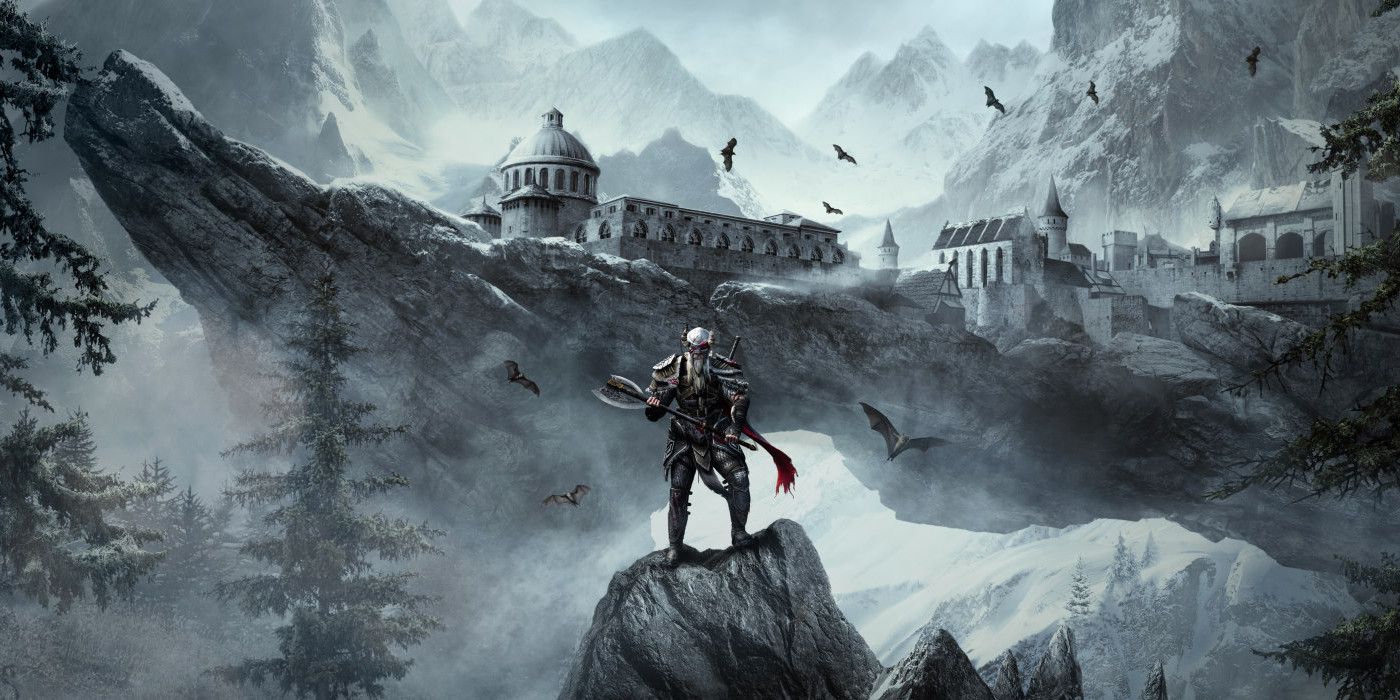 With a history approaching almost 30 years in length, Bethesda's The Elder Scrolls series has become one of the most beloved RPG franchises in gaming history. The franchise has spawned some of the most successful RPG games of all time with Morrowind, Oblivion, and Skyrim defining three generations of the genre, and even a successful MMO spin-off in The Elder Scrolls Online, which continues to grow even almost seven years since its release. Now, it appears that Bethesda is considering bringing the world of The Elder Scrolls to Netflix.This is according to a report from TV and film industry insider Daniel Ritchtman. Richtman claims that Netflix wants the series to be just as, if not more popular than its 2019 adaptation of Andrzej Sapkowski's The Witcher, which also drew inspiration from CD Projekt Red's iconic video game series. The series is expected to directly adapt the version of Tamriel fans are familiar with from the long-running video game franchise.RELATED: How The Elder Scrolls 6 Could Make Travel ExcitingWhile there is no confirmation of an Elder Scrolls TV adaptation from either Bethesda or Netflix yet, the concept of such an adaptation isn't hard to believe given that just earlier this year Westworld co-creators Lisa Joy and Jonathan Nolan announced that they would be executive producing an adaptation of Bethesda's Fallout franchise for Amazon Prime Video. This would mean that both of Bethesda's two major RPG franchises would finally be making their way to TV.While the validity of this rumor remains to be seen, Netflix is no stranger to adapting beloved video game franchises into exclusives for its streaming service. Most famously, the service has the ongoing Castlevania animated series, which just released its third season earlier this year, with another on the way. Just this year Netflix has announced both animated and live-action adaptations of games such as Assassin's Creed, Beyond Good and Evil, Cuphead, Cyberpunk 2077, Splinter Cell, and Resident Evil (two separate series, in fact.) The company also announced a Sonic the Hedgehog animated series on one of its official Twitter accounts earlier this month, but immediately deleted it.This surge in video game adaptations is likely due to the popularity of recent films and TV shows such as Sonic the Hedgehog, Detective Pikachu, and The Witcher, each of which were huge financial successes for the companies involved. However, as the recent Monster Hunter film has shown, there is still a stigma regarding adapting video game properties, especially among fans of the franchises. Although, due to the nature of the series' releases and the lack of updates on The Elder Scrolls 6, an Elder Scrolls TV series could possibly be just what fans need to hold them over while they wait for Bethesda's next release, if produced successfully.The Elder Scrolls 6 is currently in development.MORE: The Elder Scrolls 6 Should Embrace The Franchise's Formula