Pokemon GO: Which Mega-Evolved Pokemon is Debuting in January? 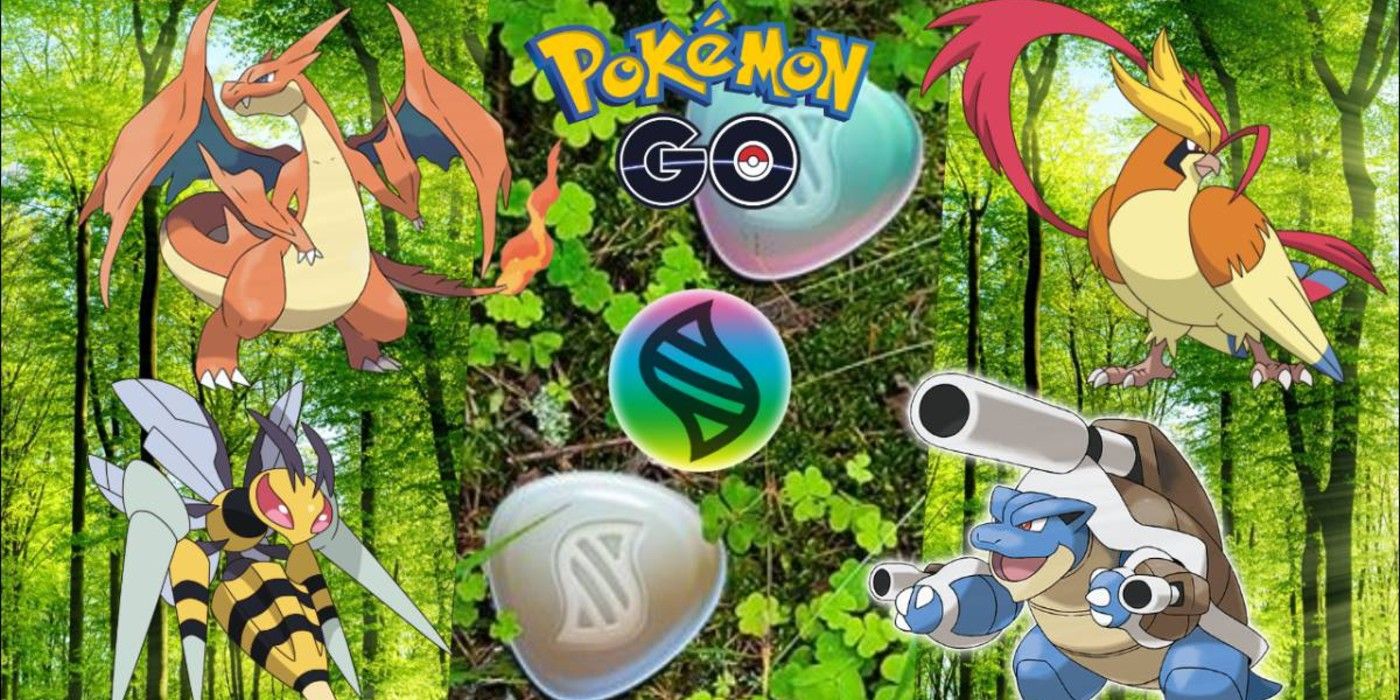 It's been over four years since the launch of Pokemon GO, Niantic's genre-defining Pokemon spin-off. In that time, the game has grown incredibly, adding new features, items, and Pokemon. One of these later additions is the Mega Raid system, which allows Pokemon GO players a chance to catch a Mega-Evolved Pokemon.The Pokemon that appear in Mega Raids swap in and out regularly, following a rotation system. Occasionally, however, a brand new Mega-Evolution is added into the mix, something which will happen again this January. Niantic has announced that the new Pokemon will be entering the rotation with Mega Venusaur and Mega Houndoom, and speculation is at a fever pitch in the community.RELATED: Pokemon GO Announces Unova Celebration EventOf the large number of Mega-Evolution Pokemon that haven't yet been added to Pokemon GO, there are a few that are most likely to arrive in January. Back in October, dataminers from the Silph Road Pokemon GO community discovered a couple new Mega-Evolution Pokemon in the game files. The 3D models were added by Niantic in a game update, but haven't been made available to catch.One of these is Mega Slowbro, which is part of the Slowpoke evolution line. A Generation 1 Pokemon, Slowpoke and its evolutions are popular with fans, even if they're not the most competitive. In the main Pokemon games, Slowpoke can evolve into either Slowbro or Slowking, the former of which can then Mega Evolve with Slowbronite. Mega Slowbro's appearance in the game-files makes it likely that the Hermit Crab Pokemon will be arriving in Pokemon GO at some point. However, there's no way to say for certain that it will be the Mega-Evolution Pokemon that has been promised in the January 2021 update.Another Mega-Evolved Pokemon that was revealed by the Silph Road dataminers was Mega Aerodactyl. Aerodactyl is another of the original 151 Pokemon, and has been a popular and competitive pick in many Pokemon titles. In Pokemon GO, the Fossil Pokemon hatches from a 7km egg and has a base Stamina, Attack, and Defense of 190, 221, and 159. respectively. The discovery of a Mega Aerodactyl 3D model waiting in Pokemon GO's files caused a lot of interest in the community back in October, so as a popular and powerful Generation 1 Pokemon, many fans are interested in getting their hands on its Mega-Evolved form.While Aerodactyl has no evolutions, its Mega-Evolved form sports a spiky, rock-like design, better showing-off its dual-type of Rock/Flying. Its Bite/Ancient power moveset may not be very effective in Pokemon GO, but its combination of Rock Throw/Rock Slide is considered one of the best Rock movesets in the game. Overall, Aerodactyl seems like a strong contender for the new Mega Raid in January 2021.RELATED: The 10 Best In-Game Events of 2020The two datamined Mega-Evolutions aren't the only contenders for the new addition to the Mega Raid rotation. January in Pokemon GO has traditionally been the month for the Hoenn Celebration event. This event focuses on the Pokemon and traditions of the Hoenn region, which first appeared in Pokemon Ruby and Pokemon Sapphire. There are quite a few Hoenn Pokemon with Mega Evolutions that haven't arrived in Pokemon GO yet, any one of which could be the new addition.One of the most likely contenders from Hoenn is Mega Rayquaza, also known as the Sky High Pokemon, which is one of the most powerful and popular. It appeared on the box art of Pokemon Emerald, and has entered the Raid rotation for Pokemon GO a few times. On the other hand, as a hard-to-find Legendary Pokemon, Rayquaza may be lower on the list for a Mega-Evolution version.Another strong possibility from Hoenn is Mega Blaziken, the Mega-Evolved final form of Pokemon Ruby/Emerald's Fire-type Starter Pokemon. These Pokemon are nearly always regarded fondly by Pokemon fans, and Blaziken is also a powerful pick in Pokemon GO. This combo makes it quite likely to be the next Mega Raid Pokemon.While there are many Pokemon that could be gaining a Mega-Evolved form in Pokemon GO this January, there are only a few likely contenders. Whichever one Niantic chooses to include, it will most likely remain in the Mega Raid Rotation for a few more updates until it's swapped out.Pokemon GO is available on Android and iOS.MORE: Pokemon GO Is Teaming Up With Gucci And The North Face