Cyberpunk 2077: Where to Find the Last Two Tarot Cards 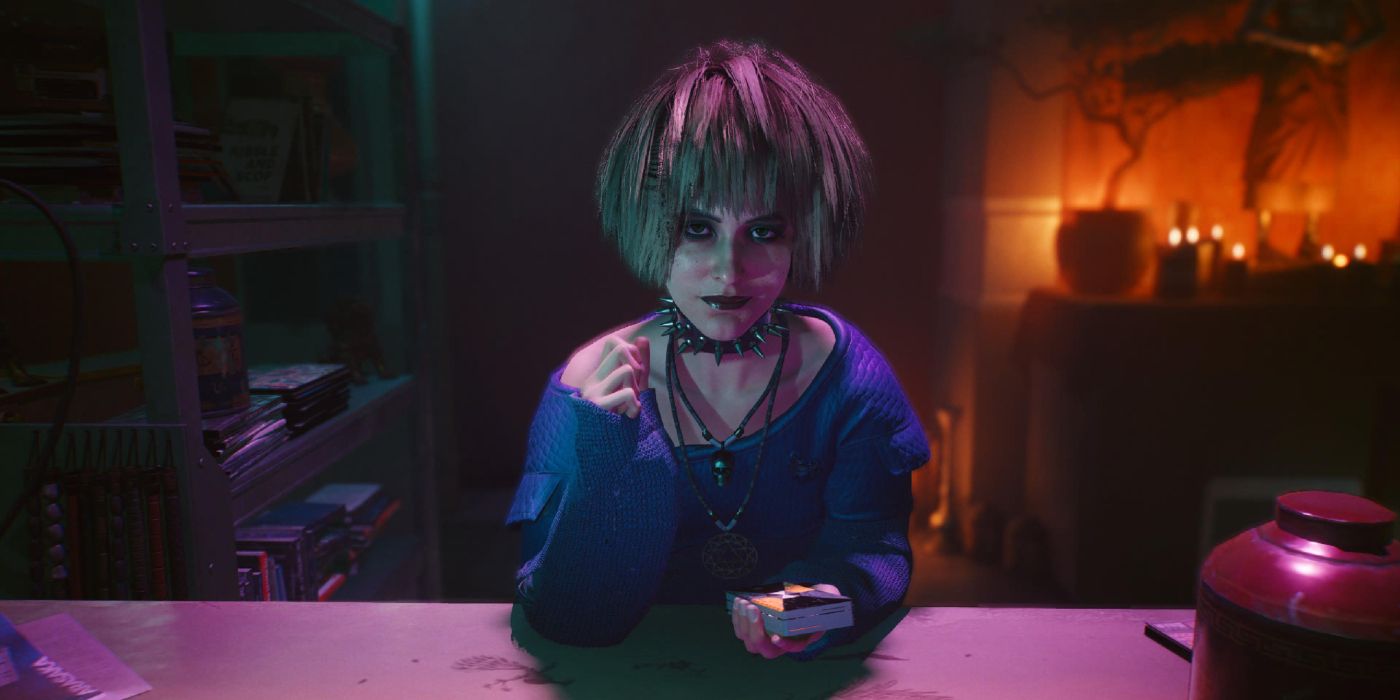 A side quest in Cyberpunk 2077 called The Fool on the Hill will leave V with two tarot cards left to find on their journey in Night City, but it will likely be some time in-game before players will locate them. Both remaining tarot cards can be found towards the end of Cyberpunk 2077. This article contains some spoilers for Cyberpunk 2077's endings. At the end of The Fool on the Hill quest in Cyberpunk 2077, Misty will inform V that they still have 2 tarot cards left to find: the Devil card and the Judgment card.  Don't worry: this won't stop the Fool on the Hill quest from completing, and players will still receive the achievement for doing so. But the tarot cards are more than just a simple side quest that takes V on a scenic tour throughout Night City. Rather, the tarot cards, much like their real-life purpose, outline V's journey and what lies ahead. Depending on how V chooses to handle the final mission and which ending they receive, Misty will give them 2 different readings that symbolize their choices and outcomes.RELATED: Cyberpunk 2077 Did Wrong By One CharacterSeveral of the tarot cards serve as direct symbols to V's journey as well as Cyberpunk 2077's various endings. For example, players will receive a trophy called The Star after completing the final mission with Panam and the Aldecaldos, which is considered the "best&quot; ending among many players that have made it this far. The same goes for the Devil, but Judgement operates a bit differently.The Devil card is the only tarot card in Cyberpunk that technically cannot be seen in the tarot menu, this empty space in the tarot cards' database will never be filled. But to achieve The Devil ending in Cyberpunk 2077 and earn a trophy with the same name, players will need to go with Hanako's plan for the final mission at Arasaka Tower.Keep in mind that this ending isn't considered a &quot;good&quot; one; Misty and Johnny Silverhand will both drop several hints that this is a bitter road to follow and, much as Misty foreshadows, the Devil card does not signify a happy ending for V. To see the card's art, pay close attention when V is having a nightmare at Arasaka headquarters. When they break open the Rubik's cube, the Devil card will greet V on the inside of it.Though the Judgement card is not an ending per se, it still symbolizes a crossroads in V's journey and, as the last graffiti to appear in the game, can be found immediately before the player makes a decision that can drastically change Cyberpunk's ending.After defeating Adam Smasher, no matter which ending is chosen (other than the suicide ending, which doesn't allow V to go to Arasaka Tower at all), head towards the waypoint to Mikoshi. But before getting to the hallway, look to the left. Judgment will be on a tall pillar, difficult to miss. Unlike the Devil, this card will fill its slot in the tarot menu.Cyberpunk 2077 is available on PC, PS4, Stadia, and Xbox One, and will launch in 2021 for PS5 and Xbox Series X/S.MORE: Cyberpunk 2077's Greatest Weakness is Elden Ring's Greatest Strength